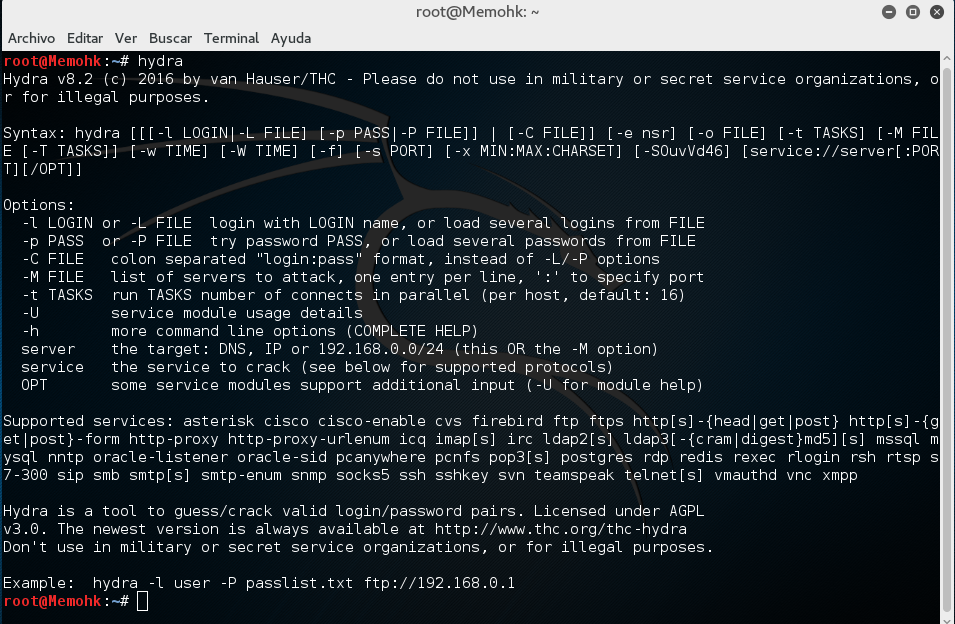 Module sshkey does not provide additional options, although the semantic for options -p and -P is changed:. Module svn is optionally taking the repository name to attack, default is "trunk". Module telnet is optionally taking the string which is displayed after a successful login case insensitive , use if the default in the telnet module produces too many false positives.

The return code is the number of valid passwords found, 0 if none was found. Use for security: check passwords, if 0 is returned, reject password choice. In this section, we will discuss some special flags which helps us to customize our attacks. By default, hydra runs 16 threads but we can change the value of the same with the -t flag as such :.

Sometimes, sysadmins change the ssh port number from the default 22 to some other port. Hence, to use a different port number, we use the -s flag as :. Just like we can bruteforce a list of usernames and passwords, we can also brute-force ssh IPs from a list using the -M flag :. We can also enable a more verbose output with the -V flag. The syntax for this should look like this :. Hydra can be a pretty powerful tool when you want to brute-force ssh connections and can be coupled with several other flags to customize your attack.

However, this must not be exploited to poke around stuff you are not meant to and the users alone are accountable for their actions. Skip to content. 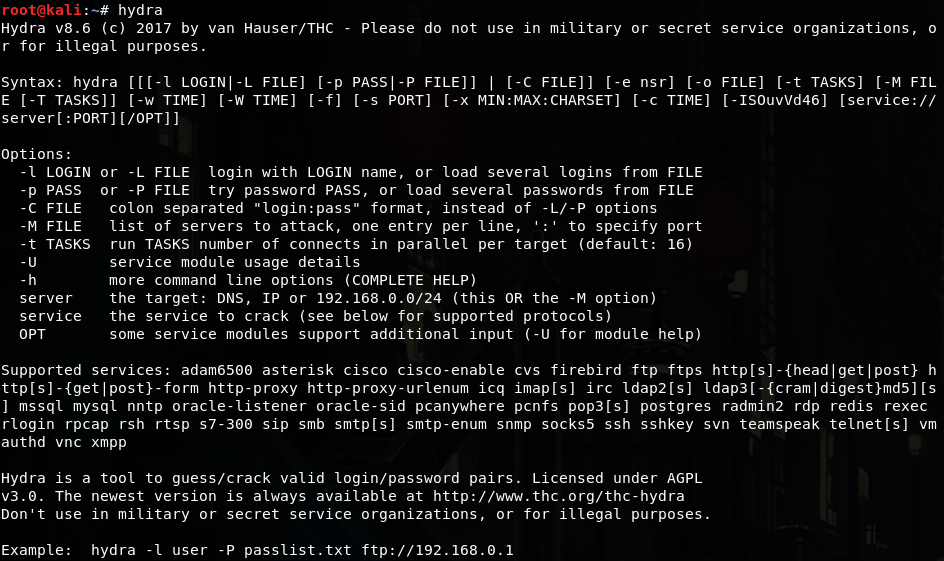